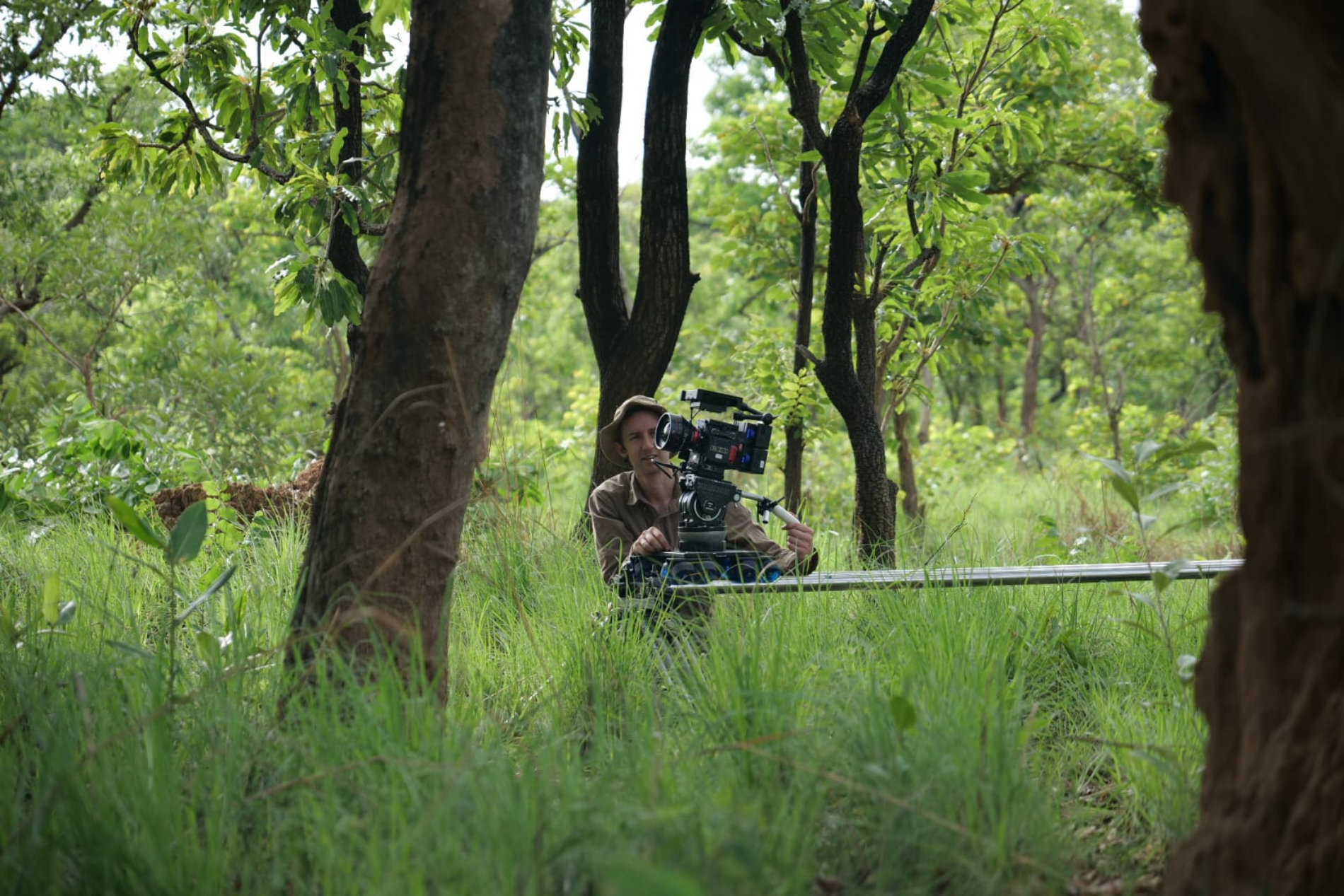 I filmed the nursery web spiders over a beautiful summer mostly spent in lockdown of 2020. This sequence was really fun to shoot albeit rather tricky. I used a Red Helium shooting 8K, various special macro lenses and sliders. We also used a robotic arm to help bring more dynamic moves into play.

This sequence was really fun to shoot. Deep in Kenya’s forests we spent many weeks looking at leaves until we start seeing chameleons…Using a combination of sliders, and a nine meter crane we told a rather fun story about about chameleon courtship. Filming the colour changes was fascinating, here we used a mixture of macro and microscope lenses. Filmed on a Red Helium at 8K, it truly looks great.

We also had the honour of giving back. We donated around twenty trees to the Kenya Wildlife Service, helped plant them and also decided to clear up all of the plastic that was cluttering the patch of forest we were working in. A real feel good factor to end the shoot!